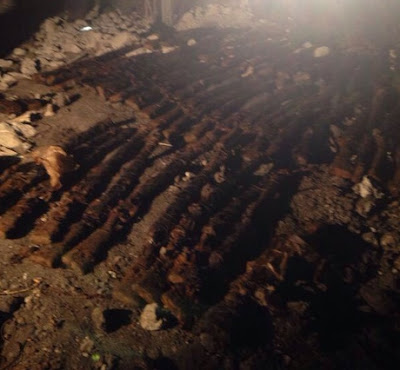 Construction workers preparing to build a new classroom at a school in northern Israel discovered a large underground weapons cache on Monday that included 50 decades-old guns and grenades described as having survived  in pristine condition.

The weapons found on Kibbutz Mesilot were among those hidden by fighters of the Haganah, the Jewish community’s defense force when the area was under British rule before the 1948 War of Independence.

Beit She’an Police Chief Superintendent Amos Shimoni told Ynet that the weapons were preserved so well in a large box that some appeared to be in practically new condition.