Donald Trump is a Genius – But That’s Just His IQ!

Via Mike "This is an interesting analysis of Donald Trump by Dr. Sam Sewell. I think besides Trump perhaps Cruz, Carson, and Fiorina also fall into the 140+ IQ range. I think we need somebody pretty smart to manage a Republic of 320 million people with a complex economy $18 trillion, 17 percent of the world economy.  This is especially important, when our economic, social, and foreign policy problems have reached a point where many people, notably Senator Jeff Sessions, believe the 2016 election may be the last chance to save our country. The most interesting part of Dr. Sewell's analysis, however, is his evaluation of the motivational part of Trump's personality based on Maslow's need theory. As a military historian, the analysis reminds me of General Patton. General Patton was outspoken enough to give his military and political superiors some concern, but he got things done and battles won like nobody else.

On issues like Islam and immigration control especially but also on other issues, I keep asking myself two questions about all the candidates.

1. Do they understand the problem or threat?

2. Will they actually do anything about the problem or threat?

We have a tendency to elect leaders who are good public relations representatives and smooth talkers but are not leaders who can motivate people to anticipate and solve problems, and get things done within a Constitutional and democratic framework. Here is Dr. Sewell's article." 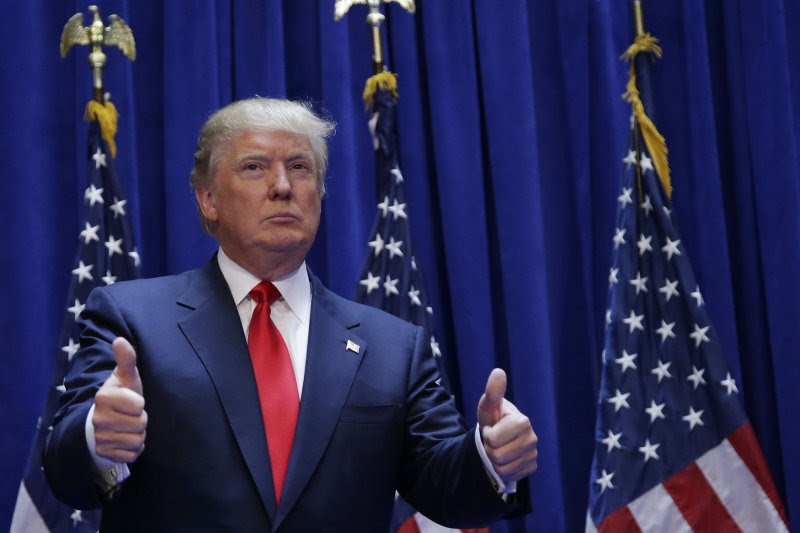 The most well known high IQ society is Mensa.  To join Mensa one must score in the top 2% of a standardized IQ test.  That really isn’t all that outstanding.  One out of 50 people have IQs high enough to join Mensa.

Numerical IQ scores are not an accurate indicator of intelligence.  For instance a score of 72 on the U.S. Navy GCT test is about equal to score of 150 on the WAIS (Wechsler Adult Intelligence Scale).  Percentile IQ scores are a more informative measurement.

Way back during the 2004 presidential election I wrote an article that shook up the major news networks and the New York Times.  I was able to document that George Bush had a higher IQ score and better grades than John Kerry.  I belong to one of those high IQ societies, and I am a psychotherapist, so I have a credible background to evaluate Mr. Trump, even though my opinions are speculative.

Please keep in mind that IQ is a measure of intellect not character.  I will comment on Donald Trump’s character later in this article.

Donald Trump graduated from the  Wharton School at the University of Pennsylvania in 1968, with a Bachelor of Science degree in economics and anthropology.  Mensa  doesn't accept SAT scores from after 1994.  However Mr Trump was a student at Wharton when it was possible to derive an accurate IQ core from known SAT scores.   Given the usual requirements for admission to a top school like Wharton, I estimate that Mr. Trump has a 156 IQ at the minimum.
More @ The Steady Drip
Posted by Brock Townsend at Wednesday, February 10, 2016