Comment by Jeffery in Alabama  on Birmingham's saddest day" 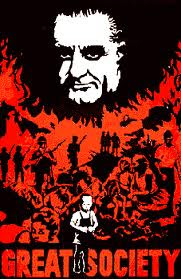 Birmingham, like many once great cities across our land, has fallen into decay, mayhem, and complete disarray. Parts of the city resemble a war torn third world country where sporadic gunfire can be heard both day and night. There are shootings and stabbings every day and at least one homicide every other day. Sadly, with the type of mindset seen on this video, I do not see things getting better. If I were a business looking to locate in a Southern state, I'd go ahead and scratch Birmingham from my list of prospects. If I owned a business was able, I'd pack up my inventory and valuables and re-locate ASAP before this keg of powder explodes Baltimore-Ferguson style.

It took less than thirty years after the election of Birmingham's first black mayor and black majority council before the city was bankrupt, a mayor was sent to prison for corruption, along with several members of the Birmingham Water Board in a completely separate corruption case. Had it not been for the federal government throwing good money and a bad problem, the city's insolvency would have occurred much sooner. One of the belligerent speakers refers to blacks of today as still be being slaves. I will have to partially agree. Many are enslaved by a failed welfare system which has made a vast majority of urban (along with rural whites) so complacent that they have no intention of running away and no desire to throw off the chains of Lyndon B. Johnson's great society which perpetuates their bondage.  (Amen)