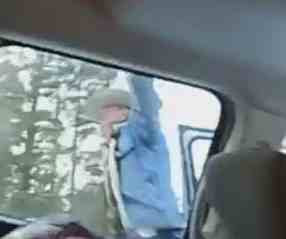 In light of the many complaints filed against the Arnold Law Firm, attorneys for Ammon Bundy, over their method of raising funds to pay for a legal defense against a government back by hundreds of attorneys and millions of dollars, perhaps there is another side to this story that needs to be looked at.
Shawna Cox had the wherewithal to begin recording the events, from the first stop to the murder of LaVoy Finicum.  In so doing, she recorded a moment of history that cannot be duplicated.

We all know that if you are in a position to have exclusive footage of an event of such magnitude, there is some value, to some news agencies, for exclusive use of such footage.  How often have you seen “Exclusive to XYZ News”, or something similar?  Well, it would not be “exclusive” if it were freely put out in the public domain, for the use of all.

I contacted a number of news agencies (in each instance, I agreed not to disclose the name of those willing to aid me in an effort to determine what value that particular footage might have.  It was predicated on the footage being exclusive and that its availability would have been shortly after the event, while it was still front-page news.

The results were that some would not have paid, as per their policy, for any such footage, to an estimate of that value being perhaps as much as $300,000.00.  Interestingly, the higher numbers came from the established, checkout stand, publications.  Those that rely on strange births, flying saucers, and other such attractions, intended to generate spontaneous purchases.  But, that does not change the color of the money that such footage might bring to the owner of the intellectual property.