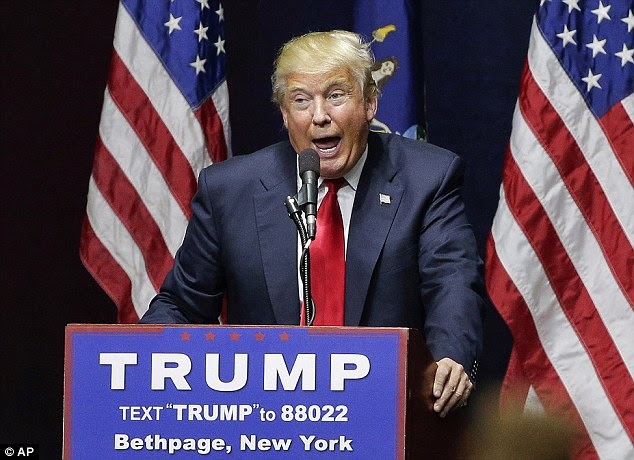 What we have going is a movement,' he said.

Trump said he 'should win' the Republican presidential nomination outright 'before we get to the convention' in July.

But on the heels of a series of statewide victories by his rival Ted Cruz that were the result of political arm-twisting, not ballot-casting, Trump appeared to be running out of patience.

One such state, Louisiana, saw the billionaire win unexpectedly by more than three per cent last month. But because Cruz's staffers showed up to take part in the Republican Party's post-election procedural wrangling, the Texas senator may go to the convention with more of the state's delegates than Trump.

'We've got a corrupt system,' Trump told supporters on Sunday.