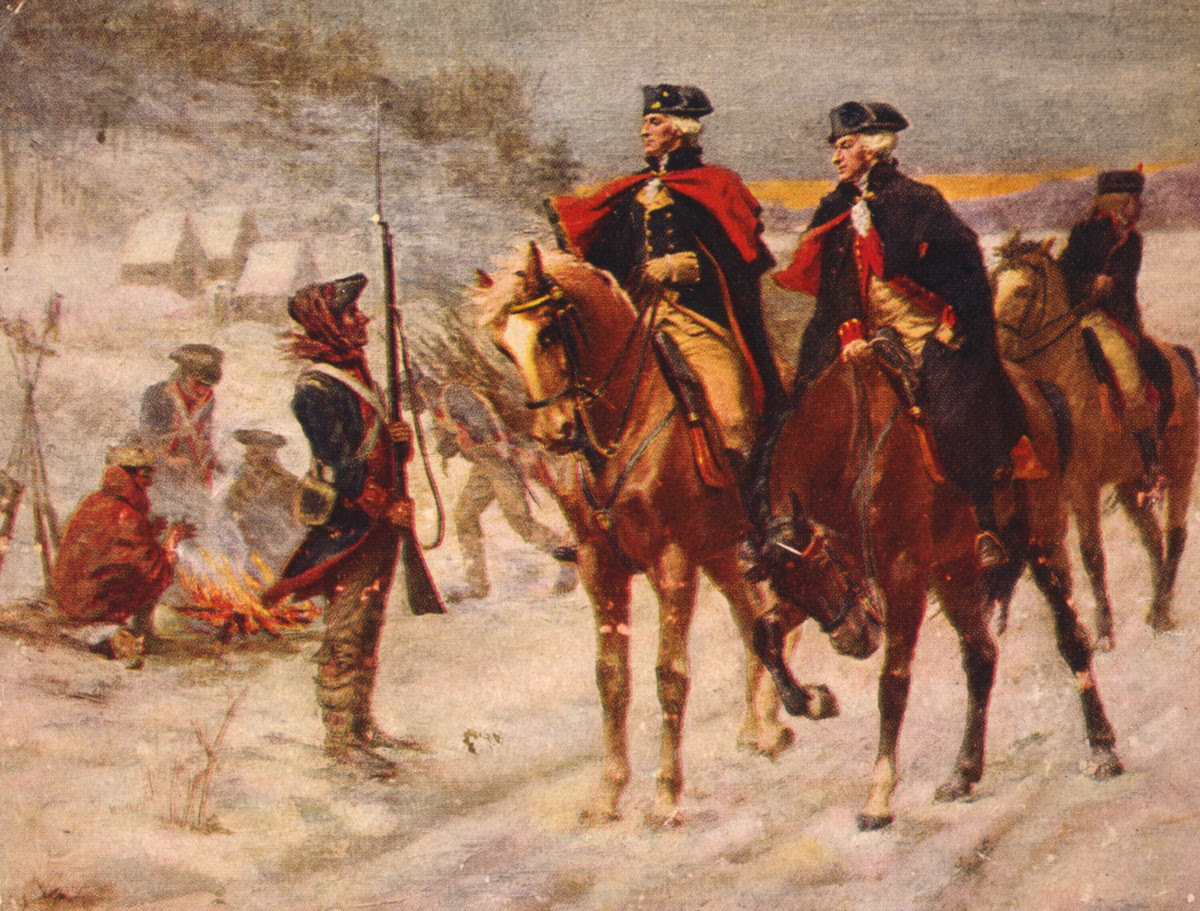 Washington, the Virginia aristocrat, was to grow into his enormous responsibility as commander-in-chief of an “undisciplined horde led by clowns and fools”; he later admitted: “Could I have foreseen what I have, and am likely to experience, no consideration upon earth could have induced me to accept this command.”
Bernhard Thuersam, www.Circa1865.com   The Great American Political Divide

“Before the Bunker Hill news reached the Congress, the delegates had already agreed to arm the Colonies for defense under a single command and had appointed George Washington commander-in-chief, with the rank of general.

The big, pock-marked plantation master, who stoically suffered the experiments of colonial dentists on iron and wooden teeth, has come across time more as an abstraction than as a person. First in war, first in peace, first in the hearts of his countrymen – this alone is enough to dehumanize any man. Certainly he is not first in the hearts of people who inhabit the county he won, and George Washington personally would regard the nation that has evolved with cold incomprehension.

First of all, George Washington was a product of the ruling class of Virginia’s aristocratic republic. His antecedents were English; his affiliations were with English people and the Virginia English. His experiences were largely limited to the plantation world of eastern Virginia, and he had no real desire to extend his experiences beyond these limits.

When his State allied with others for mutual defense, his ambition and sense of authority motivated him to seek leadership in the area where he felt most qualified to serve – in the military.

The plantation master suffered no delusions about his military gifts, nor did the Continental delegates who appointed him. Washington was picked, for a variety of sound political and practical reasons, primarily because he was a Virginia aristocrat, and not because he was some vaporless distillation of “The Patriot.”

Any New Englander was eliminated from leadership because many of the delegates from other colonies (especially the rich conservatives) regarded them as troublemakers. This elimination made a Virginian the logical choice. Virginia was the largest and oldest colony; it had been a leader on principle in the struggle with England over colonial rights, and its representatives were as a group the most distinguished.

Finally, despite all the later-day talk about democracy, the colonial representatives in 1775 agreed that an aristocrat, habituated to and a symbol of authority, should lead. This made a Virginian at least one inevitability of the movement.

In selecting Washington for these considerations, the Congress could not have known they had selected a man with the most enormous capacity for growth under pressure. Washington was the apogee of the progressive-conservative of his class and his state. He was the most dramatic vindication of the oligarchy’s theory of producing from the plantation society superior individuals for leadership.”

(The Great Plantation, A Profile of Berkeley Hundred and Plantation Virginia, Clifford Dowdey, Bonanza Books, 1957, pp. 220-222)
Posted by Brock Townsend at Sunday, May 22, 2016