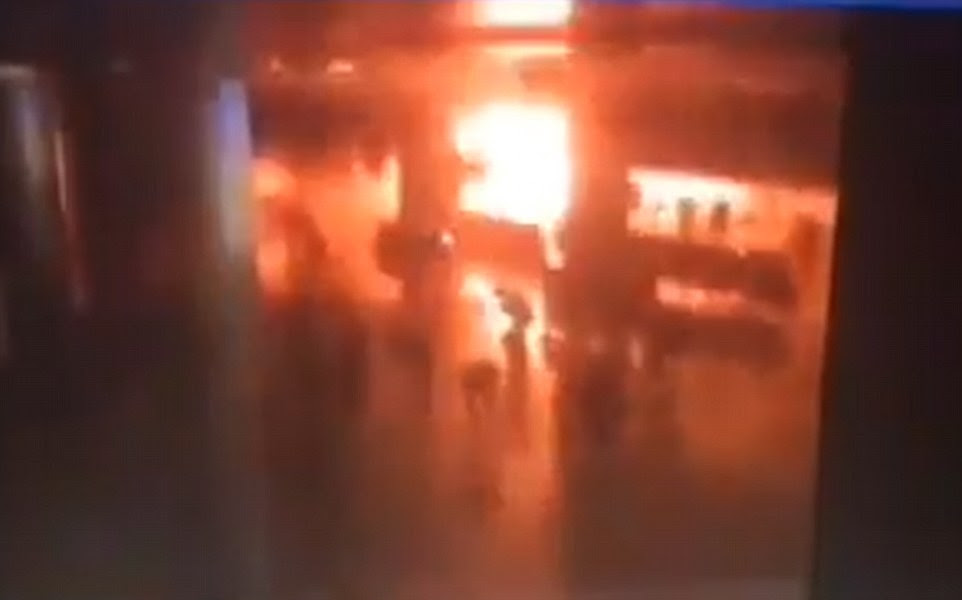 Three suicide bombers have killed at least 28 and wounded 60 in a 'major, co-ordinated' attack at Istanbul's Ataturk Airport, opening fire with AK-47s and sparking a shoot-out with security personnel before blowing themselves up.

Eyewitnesses have told how a hero policeman wrestled a suicide bomber to the ground just seconds before he detonated his explosives at the entrance to the airport's international arrivals terminal.

It is believed the men were trying to pass through the airport's security x-ray machines at the entrance to the airport when they were stopped by security officers, and carried out their lethal attack.

Reports tonight claim that ISIS is to blame for the attack, according to Turkey's Dogan news agency citing police sources.

Turkish Airlines is the official airline partner to the Euro 2016 football tournament, being held in France.