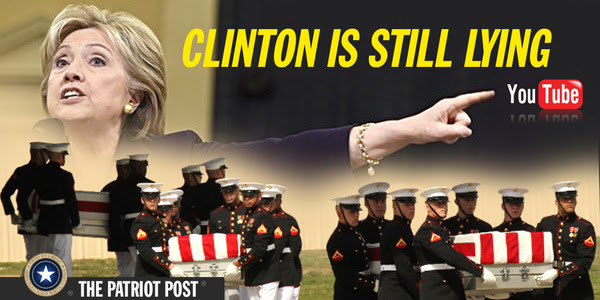 The U.S. House Select Committee on Benghazi released its final report on Tuesday morning, comprising some 800 pages of investigations and conclusions that suggest former Secretary of State Hillary Clinton and the Obama administration were derelict in their duty to protect American diplomats from the most significant terror attack on the U.S. since Sep. 11, 2001.

The report also details how the Obama administration contrived to misinform the public about the cause of the attack.

The committee had already slammed a separate report Monday by its Democratic members, who had long maintained that the investigation was politically motivated. “Benghazi Committee Democrats’ obsession with the former Secretary of State is on full display. For over two years they refused to participate in the Majority’s serious, fact-centered investigation. The dishonest Democrats on this committee falsely claimed everything had been ‘asked and answered.’ They said the committee had found ‘absolutely nothing new.’ If that’s changed, they should come clean and admit it. If not, everyone can ignore their rehashed, partisan talking points defending their endorsed candidate for president,” an official statement by the committee declared.

For its own part, the committee published a list of facts that it said were new insights revealed by the investigation:

The Benghazi Lie in Black and White

The administration's public and private timelines of what happened are very different.

The final majority report of the Benghazi Select Committee is set to be released later Tuesday morning. Representatives Jim Jordan and Mike Pompeo have signed onto the official majority document and authored a supplemental, 51-page "additional views" report of their own.

Among the most interesting aspects of their "additional views" is a timeline that contrasts the story top Obama administration officials were telling in public with the very different story some of those same officials were sharing with one another in private emails, conversations and documents. The timeline reinforces in a compelling way what will be one of the most significant takeaways from the committee investigation: The Obama administration knowingly provided the American people a false story about the Benghazi attack, its causes and its consequences.

Read the excerpt below: