‘Cuckservative’ Is a Gloriously Effective Insult That Should Not Be Slurred, Demonised, or Ridiculed (Dated) 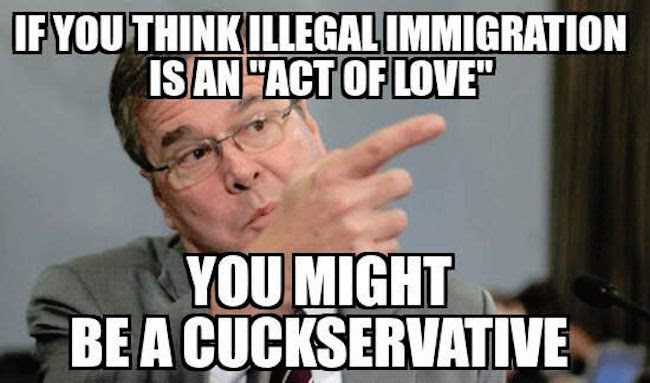 Well! What a lot of drama in the conservative blogosphere over an apparently trivial diss: the word “cuckservative.” I’m going to lose some friends and admirers with what follows, but who cares. Let me explain to you what you should think about this ridiculous internecine quarrel.

The drama started on July 22, when Rush Limbaugh referred to critics of Donald Trump as “cuckolded Republicans.” A day later, Red State’s Erick Erickson said the term was “coined by white supremacists” as a “slur against Christian voters.” This was echoed by a Daily Caller columnist, and then reported on in the liberal New Republic. By then, the internet was on fire with allegations that “cuckservative” was a racist term.

As a helpful right-wing blogger recently noted, I have “literally taken black dicks in the ass.” So, as the leading conservative authority on interracial intercourse, I therefore feel compelled to set the record straight on the so-called racial origin and dimensions of this insult.

Here’s my verdict: all the writers above are wrong. As someone who’s been covering web culture and online memes for years and who has a great deal of respect for how well many right-wingers have taken to internet culture, I’m slightly embarrassed by my fellow conservatives’ inability to understand a term that returned to popular use not on white power websites, but on 4chan.