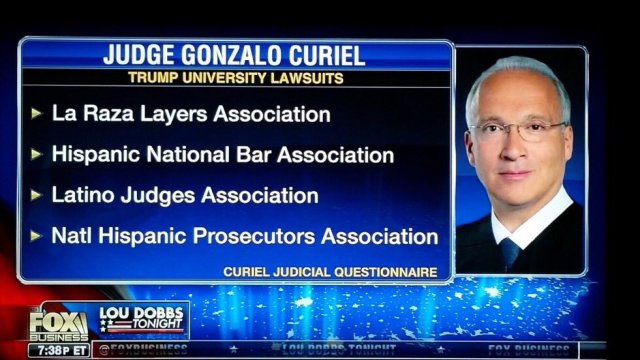 Before the lynching of The Donald proceeds, what exactly was it he said about that Hispanic judge?

Stated succinctly, Donald Trump said U.S. District Judge Gonzalo Curiel, who is presiding over a class-action suit against Trump University, is sticking it to him. And the judge's bias is likely rooted in the fact that he is of Mexican descent.

Can there be any defense of a statement so horrific?

Just this. First, Trump has a perfect right to be angry about the judge's rulings and to question his motives. Second, there are grounds for believing Trump is right.