Silent Cal and the War 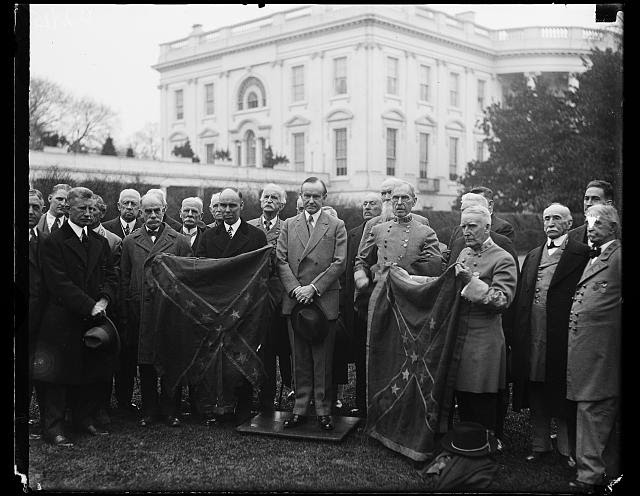 Calvin Coolidge is one of the more maligned presidents in American history. I rank him as one of the best in my 9 Presidents Who Screwed Up America.  Coolidge should be commended for his executive restraint and homespun honesty, two character traits that have escaped the modern American executive.  He was a throwback to the nineteenth century when the president (save Lincoln and Jackson) was expected to merely execute the laws of Congress.  This was the correct position constitutionally.  Coolidge himself believed he was a “dinosaur” who could not adapt to modern conceptions of executive power.

Coolidge should also be admired for his willingness to include Southern history into the fabric of the American story.  Though Coolidge was a Vermont Puritan bred on New England history and sensibilities, he nevertheless believed that American history was a complex quilt of interpretations woven together in a “Union” of common interests.  No speeches better exemplify this belief than two he made at Arlington National Cemetery in May 1924.  Reprinted below are the texts of both addresses. Coolidge lavished praise on both Lee and the Confederate soldier for their heroism and determination, and he emphasized that the War did not destroy the constitutional role of the States within the American Union.  To Coolidge, the Southern position of self-determination and federalism still had a place in the Union of the twentieth century.

If only our modern “politicians” would be so bold.


Address at the Confederate Memorial at Arlington National Cemetery: “The United Nation”