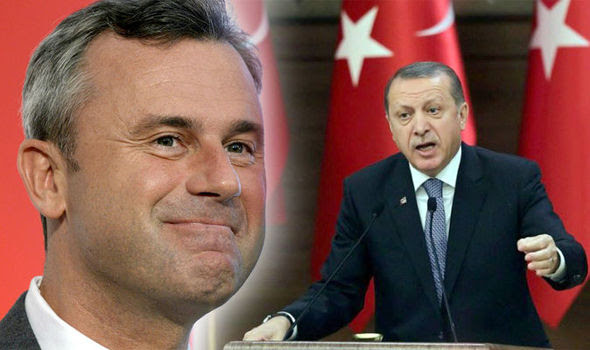 AUSTRIA will turn its back on the crumbling European Union if Turkey is successful in its controversial bid for membership, the country’s anti-immigration party leader has vowed.

Austria will not join the EU if Turkey's membership bid is successful Far-right party leader Norbert Hofer said Turkey joining the bloc could be the game changer that forces Austrians to call for an EU referendum in a bid to break away.

He said: “I believe that people are able to learn, that political structures are able to develop, and that Austria will contribute to making Europe better.

“There is one exception, however, that is if the EU decides to let Turkey join the Union. Austrians will have to be asked whether they want this.”