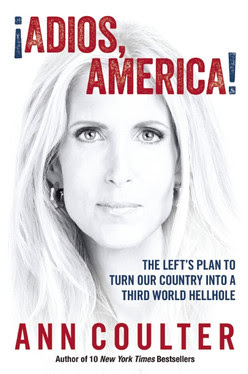 Even having predicted that the media's attacks on Trump would be unprecedented, I'm still amazed. Every single news outlet is dedicated to hysterically denouncing Trump, every minute of every day, while cooing at Hillary.

Everything Hillary has ever touched has failed, been engulfed in scandal, resulted in massive investigations, litigation, financial ruin, prison or death. The final stage of any Hillary enterprise is a grand announcement that Hillary did not technically break the law. Or no one can prove she did. Or, even if she did, no one ever gets prosecuted for it.

She's prone to coughing fits and lapses of memory in the middle of speeches, and falls down all the time. But that's not nearly as important as the media's manufactured story about Trump throwing a baby out of a rally!

My dad always told me that conservative candidates have to work twice as hard as their liberal opponents to win elections because they’re fighting two opponents: the Democratic Party and the media.

The usual suspects from left-leaning major media outlets like The New York Times, MSNBC, CNN and even entertainment networks are doing everything in their power to ensure a Clinton victory.
Look no further than to Wolf Blitzer mincing around and drinking wine at the Democratic convention, celebrating Hillary’s nomination. But the propaganda skewing this election runs much deeper than just the media: our iPhones, iPads, social media networks, Google and even video games are all in the tank for Hillary Clinton—and it’s chilling.