Khizr Khan and the Triumph of Democratic Militarism 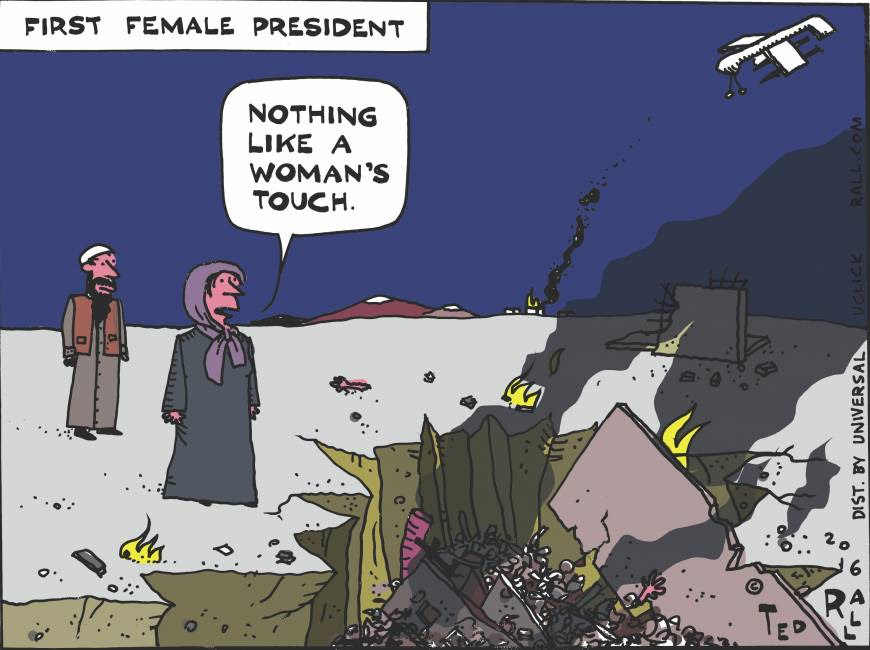 Against the wishes of her New York Democratic constituents, Hillary Clinton voted with Senate Republicans to invade Iraq. (It was a pivotal vote. Without Democratic support, George W. Bush's request for this war of aggression would have failed.)

Humayun Khan, 27, was an army captain who got killed during that invasion.

Eight years later, the dead soldier's parents appeared at the 2016 Democratic National Convention -- not to protest, but in order to endorse one of the politicians responsible for his death: Hillary Clinton.

Even more strangely, Clinton's opponent Donald Trump is the one who is in political trouble -- not because Trump sent Khan to war, but because Trump committed a relatively minor slight, especially compared to the numerous outrageous utterances to his name. Trump didn't denigrate the dead Humayun Khan. Nor did he directly insult his parents. Lamely trying to score a feminist point concerning radical Islam, Trump insinuated that Mr. Khan didn't allow Mrs. Khan to address the crowd because as a Muslim, he doesn't respect women.