Trump to meet in Mexico with the country’s president 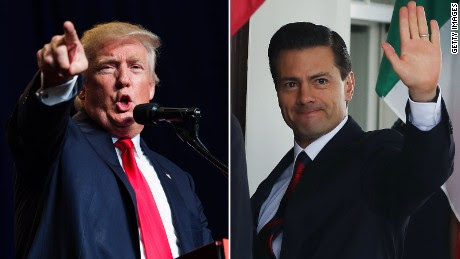 Donald Trump will travel to Mexico City on Wednesday for a meeting with Mexican President Enrique Peña Nieto, just hours before he delivers a high-stakes speech in Arizona to clarify his views on immigration policy.

Peña Nieto last Friday invited both Trump and Democratic presidential nominee Hillary Clinton to visit Mexico, his office said in a statement provided to The Washington Post on Tuesday night.

Trump, sensing an opportunity, decided over the weekend to accept the invitation and push for a visit this week, according to the people in the United States and Mexico familiar with the discussions.

Late Tuesday, Trump and the Mexican president confirmed on Twitter that they will meet Wednesday.