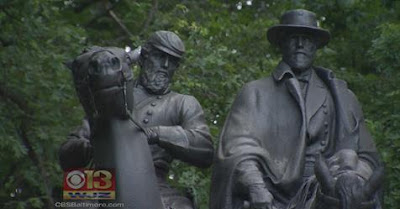 After spending months researching and reviewing Baltimore’s Confederate monuments, a special commission appointed by Mayor Stephanie Rawlings-Blake has recommended removing two of them.

The seven members of the commission — four from the city’s Commission for Historical and Architectural Preservation (CHAP) and three from the Public Arts Commission — studied and evaluated four sculptures: