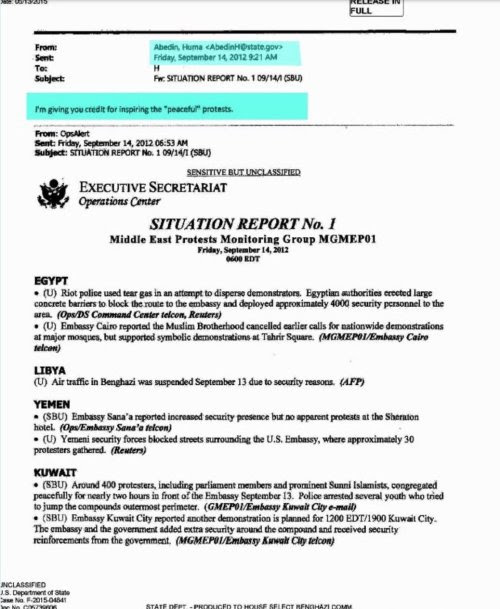 The Arab Spring were a series of Middle Eastern protest movements supported by the Obama regime that resulted in the replacement of pro-American governments with the Muslim Brotherhood thugs, anti-American Islamists, failed states and ISIS enclaves.

The impetus behind the Arab Spring was never really a desire for self-rule as we understand it, but rather a desire for Islamic rule. Each country that fell during the faux-organic Arab Spring protest movement shared a trait in common: aside from being brutal dictatorships, they were also secular governments.