German 'Nazi grandma', 87, is sentenced to prison for the second time in a year for denying the Holocaust and claiming Auschwitz was only a 'labour camp 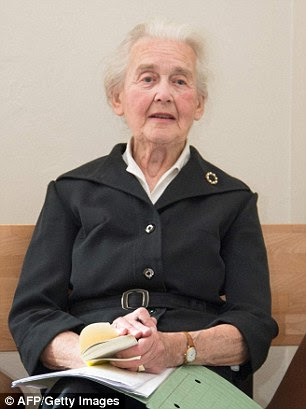 Because we have absolutely nothing more important to do than tell people how they must think.........
A prominent German neo-Nazi dubbed the 'Nazi grandma' by German media has again been convicted of Holocaust denial and sentenced to eight months in prison.

The Detmold state court in Germany announced on Friday that 87-year-old Ursula Haverbeck plans to appeal the decision.

Haverbeck wrote a letter in February to the mayor of Detmold when a former Auschwitz guard was going on trial there, claiming the notorious Nazi death camp was only a labour camp and called survivors 'alleged witnesses.'