Anti-Trump Vandals Strike in the Last Capital of the Confederacy...And Get a BIG Surprise! 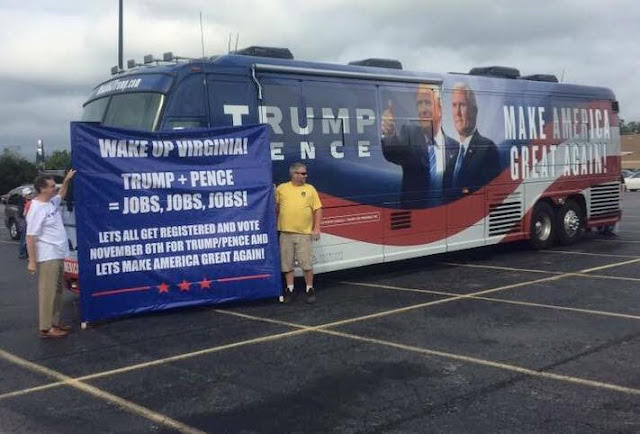 A business owner in Danville wanted to make a statement with his new sign and our own Judy Smith helped design one that would be a daily reminder of Danville City Council's decision to bow to pressure from local agitators and desecrate the Confederate Memorial on the grounds of the Last Capitol of the Confederacy by stripping the Third National flag from the monument.

He also happened to be a Trump supporter, and when the new sign was installed, he had workers place the Trump campaign sign shown in the photo above (temporarily) over the new sign.

Last night, vandals in Danville decided that they couldn't take seeing the Trump signs any longer, and apparently climbed a ladder to tear down the sign, as well as several others in town.

Imagine for a moment the look on their faces after they ripped down the Trump campaign sign and realized what their criminal act had revealed: 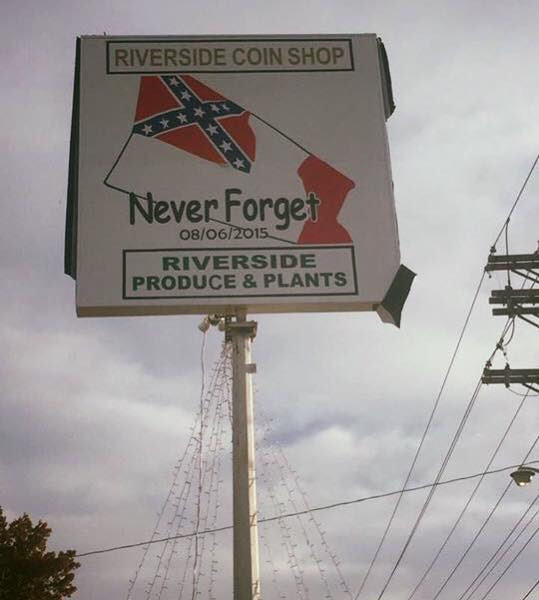 (You can still see the remains of the campaign sign on the corners.)

You just can't make this stuff up!

We hope you enjoyed this as much as we did!  Special thanks to Tommy Goddard and his crew at Sky High Poles in Danville for sharing the photos and information.