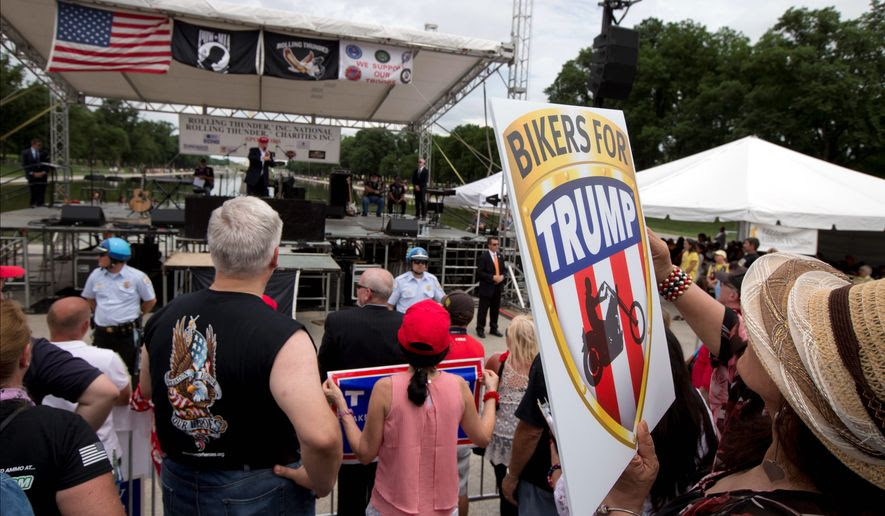 Groups planning to protest President-elect Donald Trump’s inauguration next month monopolized the National Park Service permits to use public spaces around Washington during the event — until Bikers for Trump showed up.

Bikers for Trump founder Chris Cox said he had to negotiate with National Park Service officials to find space for the motorcyclists because anti-Trump groups had scooped up nearly every location for their “disruption” events surrounding the Jan. 20 inauguration.

Securing a designated area for the thousands of bikers expected to roll into Washington to watch Mr. Trump take the oath of office is crucial to avoiding clashes between the two sides, he said.