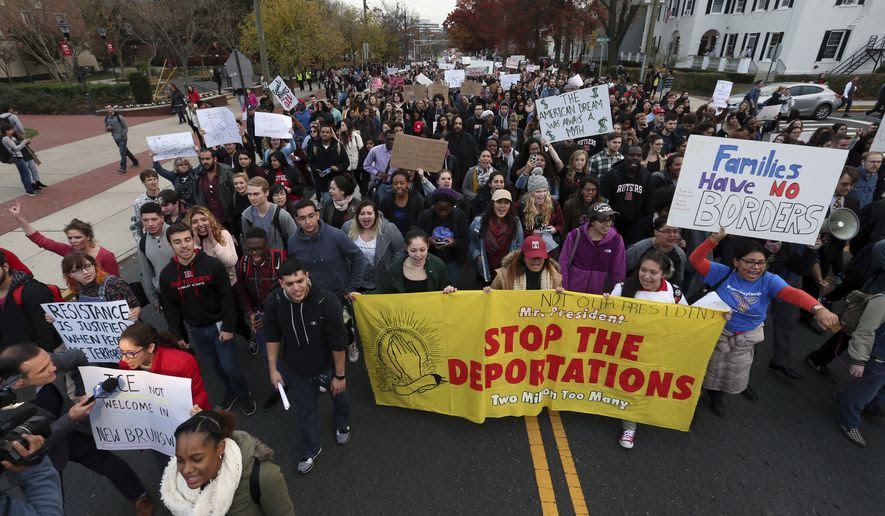 Forget sanctuary cities: The next heated congressional battle on immigration could be over “sanctuary campuses” — the dozens of colleges and universities that say they will resist any cooperation with federal immigration agents, unless they are forced to by law.

Rep. Duncan Hunter, California Republican, introduced legislation this month to do just that, saying Congress should strip schools of billions of dollars in federal financial aid unless they start cooperating with authorities.

Mr. Hunter’s legislation would require the Department of Homeland Security to keep a list of sanctuary campuses and send it to the Education Department, which would cancel federal payments for student loans and financial aid, potentially costing schools billions of dollars.

“This effort is not about telling colleges who they can and can’t accept for enrollment, but whatever decision they make will either mean they receive federal money or they don’t — it’s that simple,” Mr. Hunter said.