If You Are Still Here Maybe We Should Boycott You 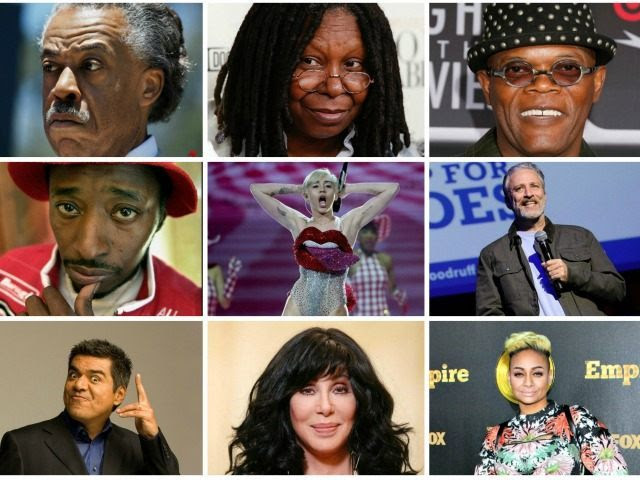 One thing we have noticed since just before the recent presidential election is the amazing number of Hollywood  "personalities" that claimed that if Donald Trump was elected president they were moving to another country. It sounded so dramatic when you all said it that we have wondered, since the election is now over and Mr. Trump won, just how many of you have left? We have seen nothing in the "news" media anywhere about any of you having departed the scene, and our intrepid "news" media would definitely have taken note of any of you that left for parts unknown, just to give you credit for fulfilling your threat.

That being the case, the question arises--Why are you all still here? Why have you not booked passage for one of the socialist utopias you all profess to love so much and that you claim are so much better than this country with Trump as president?

We are left with the conclusion that you never really intended to leave to start with--that your braggadocio was just your painless way of expressing your contempt for Mr. Trump because, in your narrow perception, you viewed him as some sort of a "right-winger" and you wanted to issue a political statement that sounded good but really didn't cost you anything. In other words, to put it politely you are a bunch of frauds! But, then, from the political and cultural Left,  we would expect nothing else. Bombast and fraud!