“The more the damned Legislature meets, the more Goddamned bills and taxes it passes!” 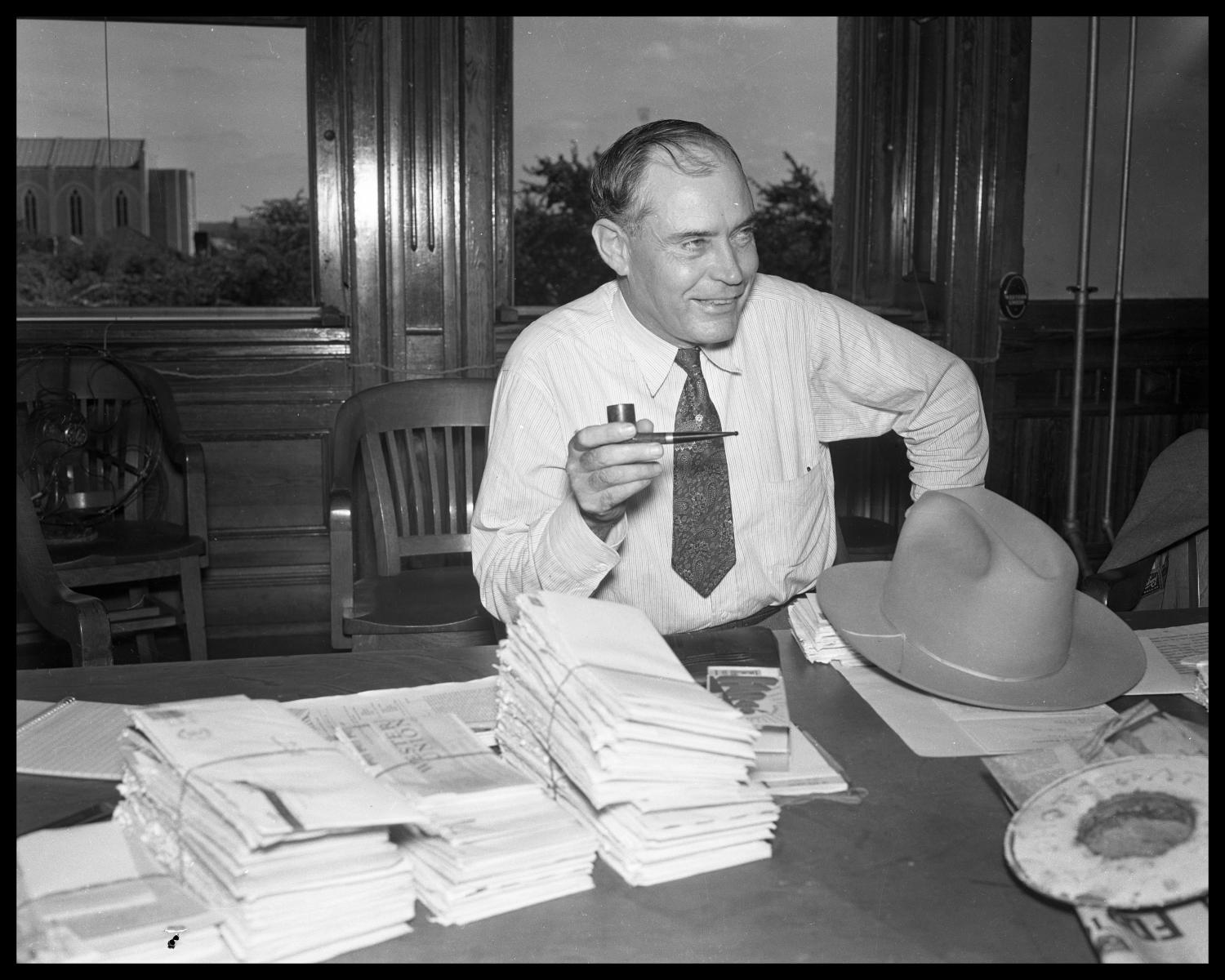 Coke Stevenson (1888-1975) served as Speaker of the Texas House of Representatives, lieutenant-governor, and governor. In 1948, he ran for the US Senate against Lyndon Johnson and narrowly lost by what he deemed fraudulent votes. Described as an honorable statesman of the traditional Southern type, Stevenson saw little in the calculating and devious Johnson to admire.
Bernhard Thuersam, www.Circa1865.com   The Great American Political Divide

The Anti-Government Instrument of Texas

“The Constitution of Texas, drafted in 1876 by delegates (many of whom had worn the Confederate gray; several had been Confederate generals) representing a people who felt that a decade of Carpetbag rule had shown the injustices of which government was capable, was, as the Texas historian [T.R.] Fehrenbach puts it, “an anti-government instrument.”

It not only bound the Legislature within very tight limits but said the Legislature would henceforth no longer meet every year but every other year because, as one Texan said, “the more the damned Legislature meets, the more Goddamned bills and taxes it passes!”

It was no more lenient with the executive branch: the powers of the Governor were reduced to a point where he was one of the weakest in America. “If future State Governments prove burdensome or onerous, it ought not to be the fault of this Convention,” one of the delegates said, and, indeed, the convention’s handiwork made it, in Fehrenbach’s words, almost impossible for government in Texas to be burdensome or onerous in the future.”

The spirit behind the Constitution was the spirit of farmers and ranchers; however, much they believed in education, pensions or government services, the taxes fell on them and their land.

The Constitution was the embodiment of what Fehrenbach describes as “a lasting philosophy that no Legislature or Governor was to be trusted” – as a result, one analyst concludes, “everything possible was done to limit the power of all branches of government . . . None of these [limitations] was controversial; they were what the people wanted.”

The philosophy embodied in the Texas Constitution dovetailed with the philosophy of [Coke Stevenson] who studied it in the light of a predawn fire in his ranch house by the South Llano [river]; its character was his. Thrift, frugality . . . Limits on government; the devotion to individuality, to free enterprise, individual freedom – he had lived his entire life by those principles.

This man who had taught himself history, who had read in it so widely, had a love of history – in particular, the history of his State, the proud heritage of Texas – almost religious in its depth. (On his ranch, he had found an old log cabin; when he learned that it had been built by Jim Bowie not long before he rode off to his death at the Alamo, Stevenson built a shelter around the cabin to protect it from the elements so that it would stand as long as possible. He erected a flagpole in front of his ranch house, and on March 2, Texas Independence Day, and other State holidays, he would, with no one to watch but his wife and son, solemnly raise, in those lonely, empty hills, the Lone Star flag.)

Now, in the 1920s, he was coming to believe that the government of Texas was doing violence to that heritage and those principles. The inefficiency of the State government – in particular, the antics of a Legislature whose lack of responsibility must, he felt, lead to higher taxes – troubled Hill country ranchers. No one in Austin seemed interested in economy, they said – of course not, it wasn’t their own money they were spending.”