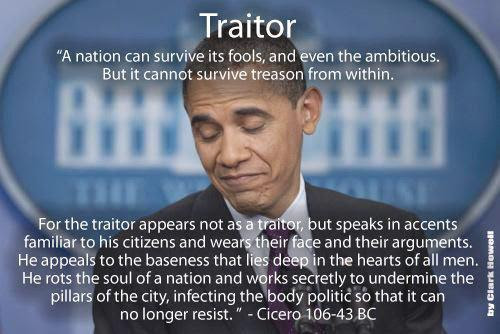 Treason is defined as giving aid and comfort to the enemy. Trump has been accused of walking a line close to treason for complimenting Vladamir Putin for refusing to take the bait thrown out when  Barack Obama retaliated for fictional Russian hacking of the election. That whole premise is flawed and rife with "fake news." But, there is much more evidence in Turkey and Syria that the Obama Administration was funding and aiding ISIS fighters in Syria. The difference is this: the United States is not at war with Russia, but it is at war with ISIS. Obama's actions are a direct act of treason, Trump's, in this context, are the act of a patriot, by refusing to allow a lame duck president from destroying the fragile relationship between two nuclear powers.