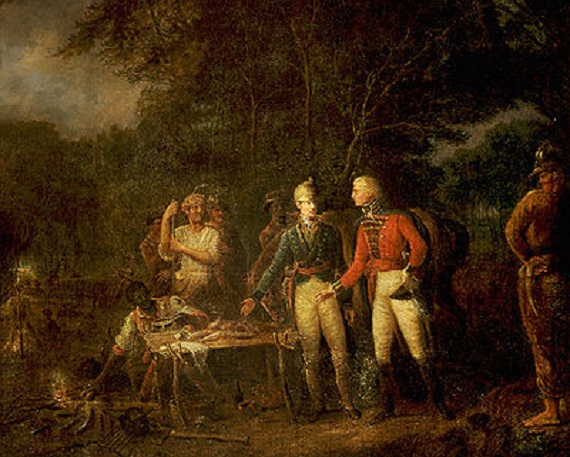 Francis Marion is better remembered today than he used to be. There was a time, however, when, outside of his native South Carolina, hardly anyone without a good knowledge of the Southern theatre of the American Revolution would have heard of him. And there just weren’t that many Americans with that particular knowledge. In whatever education they may have received about the Revolution, the South’s important role in that epic struggle was either unknown by those doing the teaching, glossed over, or ignored. The result was that the extraordinary efforts of men like Marion, Thomas Sumter, Elijah Clarke and so many others in the fight for American independence in South went largely unheralded while those in more northerly regions received sustained and sometimes fawning attention from historians, popularizers, documentary film makers, etc. For example, in the preface to his book The Road to Guilford Courthouse: The American Revolution in the Carolinas, published in1997, New York author John Buchanan claims that, “On learning of my subject, a friend of mine, well educated, well read, intellectually curious, looked surprised and admitted, ‘I really don’t know what happened south of Philadelphia.’”

We shouldn’t perhaps think too badly of John Buchanan’s friend. The Revolution in the South was bloody and complex and in many respects the sources historians need to do the work of telling its story are pretty thin in places, and obscure in others. It’s not a story quickly or easily told, not least of all because it’s such a compelling one. A peek through the door requires you to go on inside, have a seat, and linger for a while.