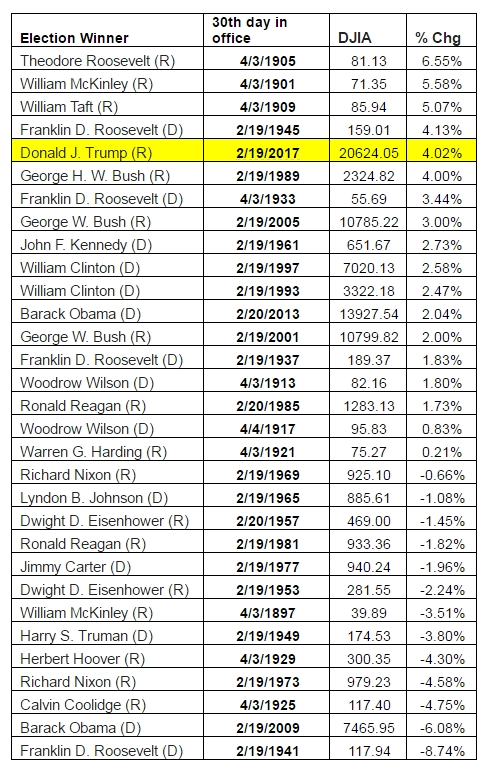 Much has been made of the stock market’s record-setting performance since President Donald Trump won the race for the White House back in November.


But Dow Jones’s data team offers more insight into how Trump stacks up compared with other presidents in their first 30 days in office, a milepost Trump hits on Feb. 19. The Dow Jones Industrial Average DJIA, +0.02% has returned 4.02% as of Friday’s close, which would make the Dow’s performance in the Trump era’s first month the sixth best in percentage terms behind Franklin D. Roosevelt in 1945, after his fourth victorious campaign for the presidency, when blue chips climbed by 4.1%.