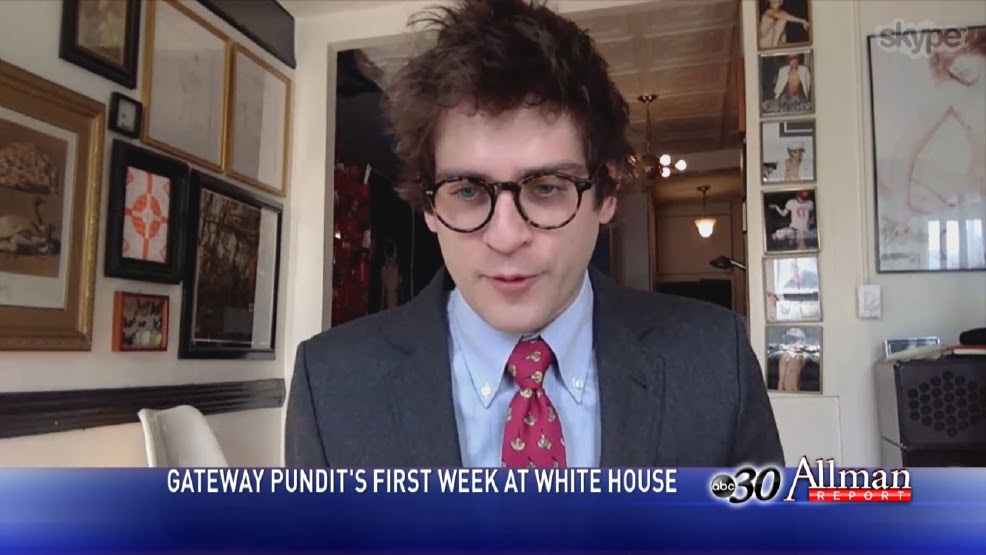 New White House correspondent for the Gateway Pundit Lucian Wintrich recently killed it with Jamie Allman of the Allman report this past Friday. Allman asked Wintrich about the poor reception he has been getting from the more veteran members of the White House press.

“On my second day, a fellow came up to me. I went to put out my hand to shake hands and said hi I’m Lucian Wintrich, he said I KNOW EXACTLY WHO YOU ARE!! Before storming off”
Allman then went on asking about the sinister collaboration between the leftist media and the DNC.

“A lot of the leftist media is acting as an extension of the democratic party. We see the leftist media even colluding with Intelligence agencies in America, as if they are not only a separate government but an extension of the democratic party. There is a lot of disturbing things going on right now, that I believe the introduction of conservative media onto the white house will correct.”


More with video @ The Gateway Pundit
Posted by Brock Townsend at Sunday, February 19, 2017