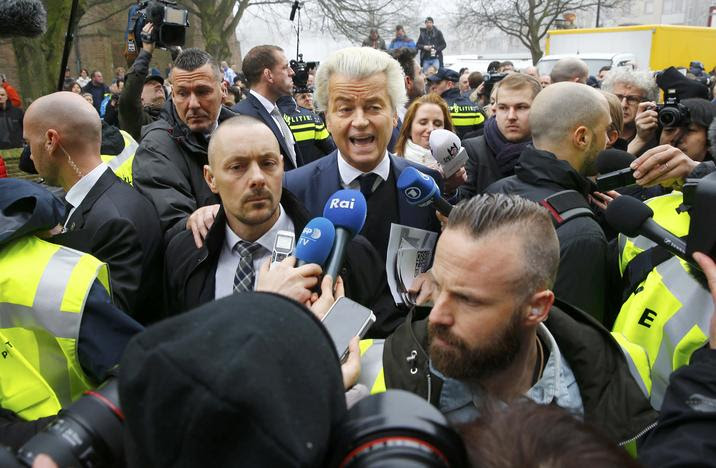 Dutch anti-Muslim, anti-EU party leader Geert Wilders promised to crack down on "Moroccan scum" who he said were making the streets unsafe and urged the Dutch to "regain" their country as he launched his election campaign on Saturday.

Wilders was surrounded by police and security guards during a walkabout in Spijkenisse, part of the ethnically diverse industrial area surrounding the vast port of Rotterdam and a stronghold of his Freedom Party.

"Not all are scum, but there is a lot of Moroccan scum in Holland who makes the streets unsafe," he told reporters, speaking in English. "If you want to regain your country, if you want to make the Netherlands for the people of the Netherlands, your own home, again, then you can only vote for one party."