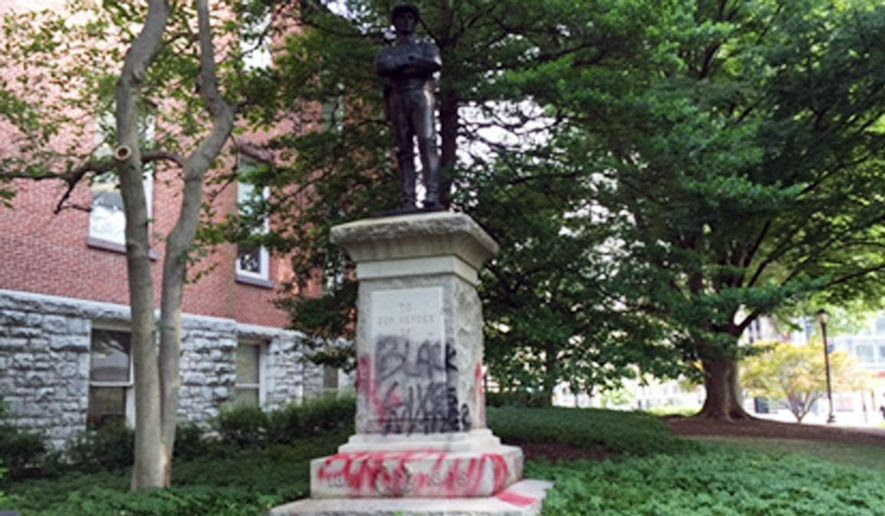 A  controversial monument erected in 1913 to honor Marylanders who fought for the Confederacy will be moved from its current perch outside Montgomery County’s historic Red Brick Courthouse at taxpayer expense to a historic ferry on the banks of the Potomac River.

The statue, which was vandalized in 2015 and has since been largely shielded from view by a wooden enclosure, bears an inscription dedicated “To Our Heroes of Montgomery County Maryland: That We Through Life May Not Forget to Love the Thin Gray Line,” the Montgomery County government noted in a Tuesday news release.

“I fully understand that the statue reflects a piece of County history and that many County residents are proud of the sacrifices and bravery shown by their ancestors,” the news release quoted County Executive Ike Leggett, who is African-American. “Nonetheless, as originally enacted, it was not, and is not, part of the heritage of all of our residents. When originally constructed and placed on County property, it failed to reflect both sides of this unfortunate struggle in our history.”