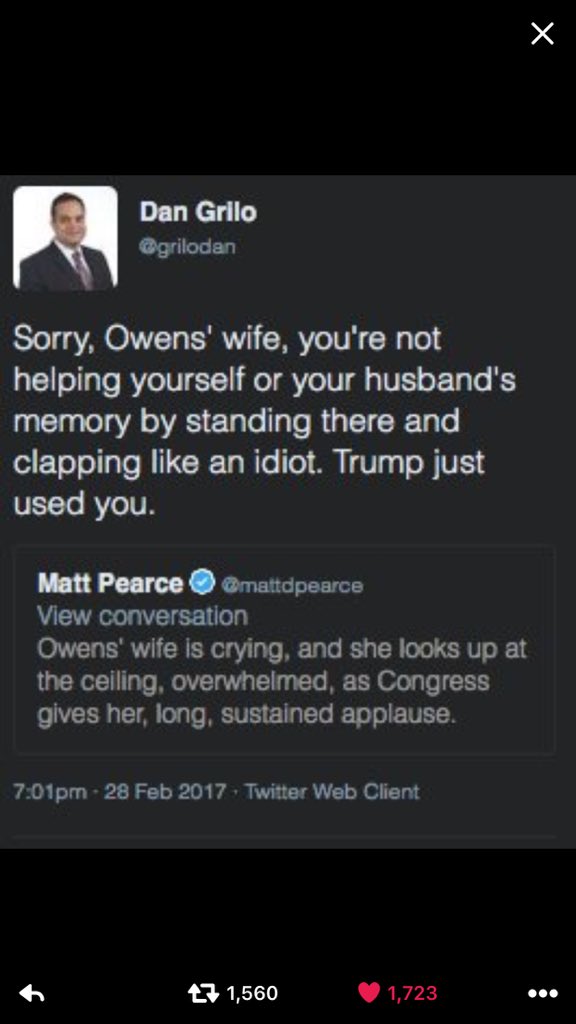 A former Hillary Clinton volunteer drew swift condemnation -- and lost his job -- after mocking the widow of a fallen Navy SEAL who was honored by the president during his congressional address Tuesday night.

Dan Grilo, who said in his Twitter profile that he was a former volunteer for both Hillary Clinton and President Barack Obama, made the remarks after Trump paid tribute to Carryn Owens. She is the widow of U.S. Navy SEAL William “Ryan” Owens, who was killed in a counterterrorism raid in Yemen last month.