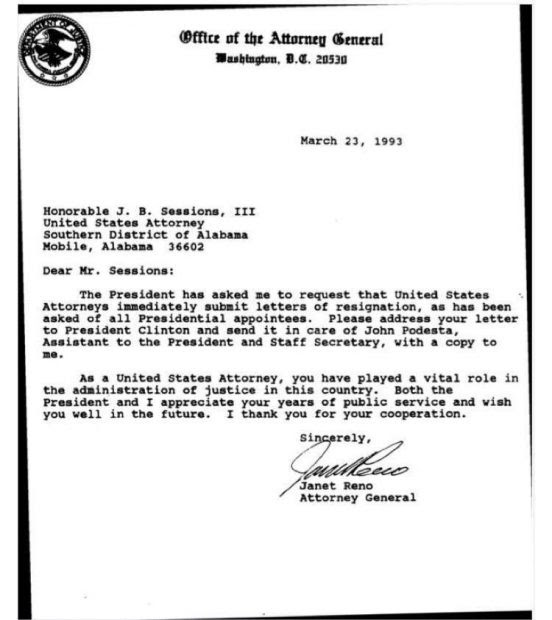 The action was criticized by opponents of the administration, but Sessions was once on the other side of the chopping block when Bill Clinton became president and Sessions was a U.S. attorney in Alabama.

Ultimately, it is not unusual for a new president to dismiss the appointments of the previous administration’s U.S. attorneys. What is interesting, however, is to see where some of the players in the appointment and dismissal process have ended up between administrations.