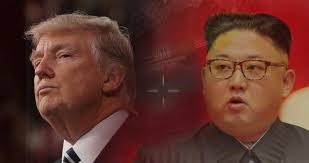 A senior administration official said military preparations are underway in the chance that they become necessary regarding North Korea.

All 100 senators were invited to attend a rare, closed-door briefing by Secretary of State Rex Tillerson and Secretary of Defense Jim Mattis at the White House Wednesday so the administration could communicate “the seriousness of the threat posed by North Korea.” An official who briefed reporters next door while it was underway said North Korea is a “brutal, unpredictable and capable regime that possesses an increasing possibility of destruction.”

“What you’ve seen is a really integrated effort to prioritize diplomatic and informational aspects of national power, but also what you will see soon is using the economic dimension of national power, as well as the military preparations that are underway,” the official said.