In Defending Jefferson Davis Arlene Barnum is a Class Act 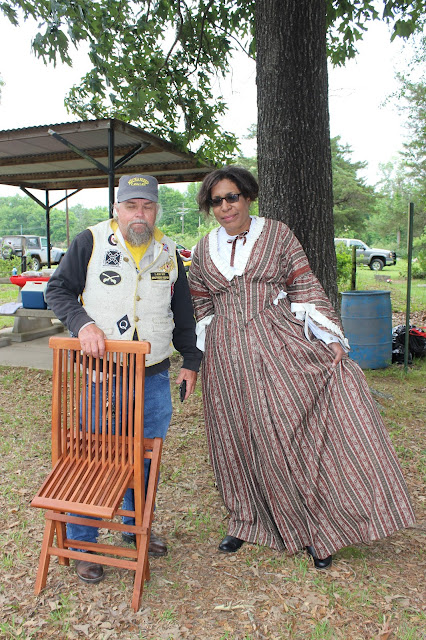 On April 22, Arlene Barnum’s biggest problem was that she’d worn the wrong petticoat to the Confederate memorial service in Keachi, Louisiana. "I wore the wrong petticoat today," she told me. "This one's too long."  By April 30, that petticoat was the least of her problems.
Arlene Barnum is a sixty-three year old Army veteran and staunch supporter of Confederate history; her ancestors are buried in the Confederate cemetery in Keachi, thus her annual attendance at the memorial service.
After the memorial service, Arlene heard about Mitch Landrieu’s midnight grab on the Liberty Place monument and knew she had to go to New Orleans to stand guard over the Jefferson Davis monument. With her Confederate battle flag tied to a sturdy crooked stick, she has been standing vigil at the monument since last Thursday and she live streams every moment of it. "I have to document this," she says, "in case something happens."