Kim Dotcom: The only conspiracy theory that I can see is the #RussiaCollusion story & How The US Government Legally Stole Millions From Kim Dotcom 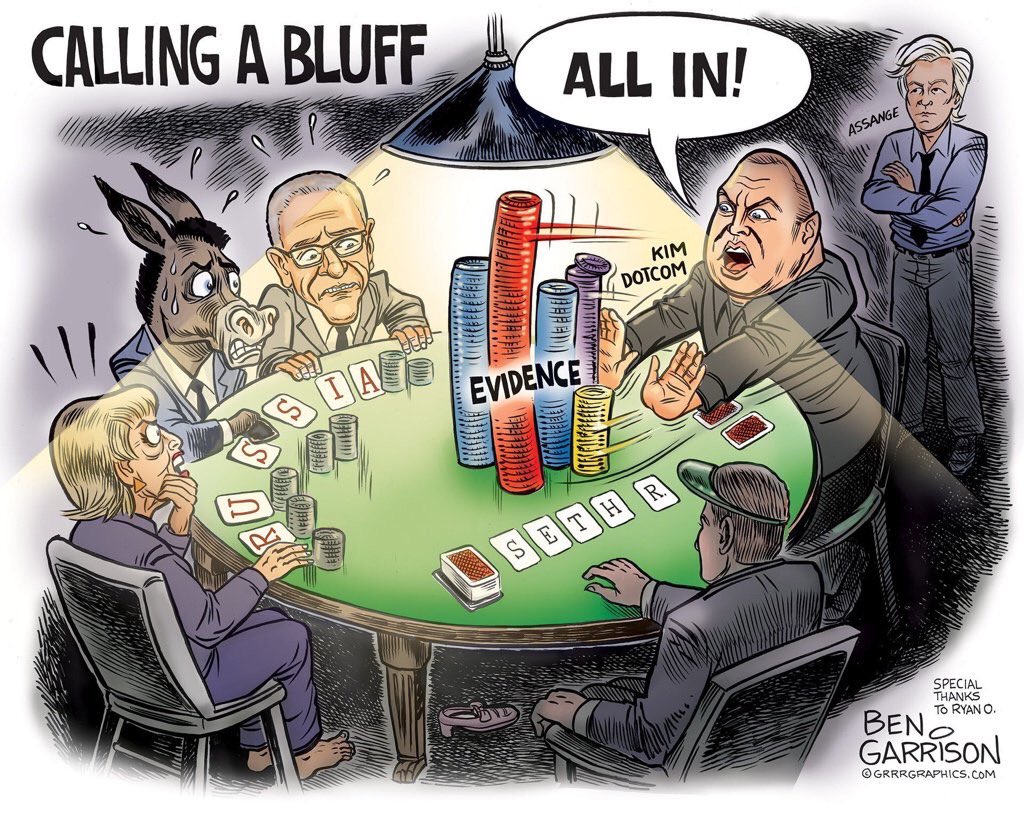 About a month ago we covered the basics of the lawsuit by which the US government was seeking to keep pretty much all of Kim Dotcom's assets, despite the fact that Dotcom himself hasn't been tried -- and, in fact, it hasn't even been determined if he can be extradited to the United States (a country he's never visited). This week, that case took another step, with the judge, Liam O'Grady, who had already ruled that Kim Dotcom could be considered a "fugitive," more or less finalizing the theft of Dotcom's assets by declaring a default judgment in favor of the US. This isn't the end of the process (not by a longshot), but it highlights just how the US government can use some ridiculous procedures to steal millions in assets from someone who hasn't been shown to be guilty of anything.

As we discussed last time, the story of the raid on Kim Dotcom's rented home in New Zealand, the seizure of all of his cars, money, bank accounts, computers, servers, etc. is well known. That was part of a case for which Kim Dotcom was indicted (under what appears to be questionable legal reasoning -- but that's a separate issue). As has been widely reported, that case is still on hold while Dotcom fights extradition from New Zealand. The extradition fight will finally go to a New Zealand court later this summer. Once that's done, if Dotcom loses, he'll be sent to the US, where he'll face a criminal trial based on the indictment.
More @ Tech Dirt
Posted by Brock Townsend at Thursday, May 25, 2017