Sherman-War On Women: Exile of the Roswell Mill Women 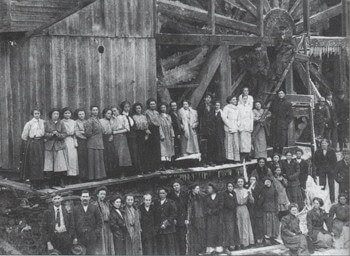 THE STORY OF THE ROSWELL MILL WORKERS DEPORTATION

In July 1864, approximately 400 mill workers in Georgia - nearly all women, were taken prisoner by the Union Army. They were then put on trains headed North, and few of them ever made their way back home. They would be referred to as Factory Hands or Roswell Women in the Official Records.
Image: Roswell Mill Women

During the summer of 1864, the Union Army under the leadership of General William Tecumseh Sherman advanced toward Atlanta, Georgia. The two armies faced off at the Battle of Kennesaw Mountain (June 27, 1864). Sherman discovered that the Confederate forces were too well entrenched so he cut his losses and continue toward Atlanta. The Chattahoochee River stood in his way.