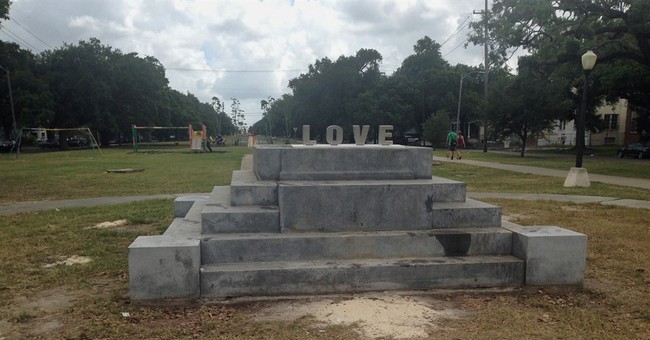 In the last week, the speech received lavish praise from the liberal media, both locally and nationally. Landrieu received glowing tributes throughout the mainstream news media, from the pages of the liberal Times Picayune in New Orleans to the editorial page of the liberal New York Times.

In fact, on Sunday, Landrieu will achieve the ultimate award bestowed to a liberal politician, an interview on NBC’s Meet the Press.

Surely, partisan Democrat host Chuck Todd will shower Landrieu with praise for having the “courage” to dethrone the four nasty, symbols of white supremacy. Unfortunately, he will probably not ask the Mayor about many of the city’s ongoing problems and unanswered questions.