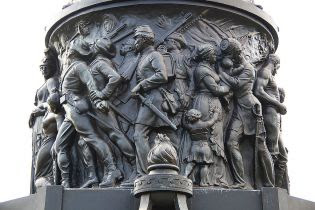 George Orwell said, “The most effective way to destroy people is to deny and obliterate their own understanding of their history.” In the former USSR, censorship, rewriting of history and eliminating undesirable people became part of Soviets’ effort to ensure that the correct ideological and political spin was put on their history. Deviation from official propaganda was punished by confinement in labor camps and execution.

Today there are efforts to rewrite history in the U.S., albeit the punishment is not so draconian as that in the Soviet Union. New Orleans Mayor Mitch Landrieu had a Confederate Gen. Robert E. Lee monument removed last month. Former Memphis Mayor A C Wharton wanted the statue of Confederate Lt. Gen. Nathan Bedford Forrest, as well as the graves of Forrest and his wife, removed from the city park. In Richmond, Virginia, there have been calls for the removal of the Monument Avenue statues of Confederate President Jefferson Davis and Gens. Robert E. Lee, Stonewall Jackson and J.E.B. Stuart. It’s not only Confederate statues that have come under attack. Just by having the name of a Confederate, such as J.E.B. Stuart High School in Falls Church, Virginia, brings up calls for a name change. These history rewriters have enjoyed nearly total success in getting the Confederate flag removed from state capitol grounds and other public places.