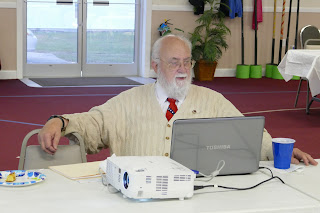 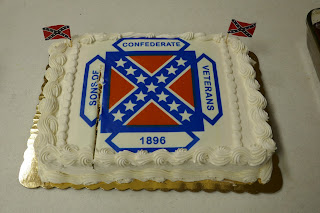 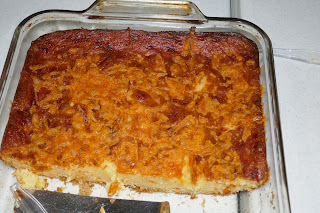 Mike Parker, an English instructor at East Carolina University, spoke on the historical development of the North Carolina Constitution from 1776 through 1971, highlighting changes in the state 1868 constitution aimed at destroying states' rights and sealing the secession question. He traced how power shifted from landowners in the early constitutions to popular vote - an elective process that largely excluded former Confederate soldiers from the electorate.

He referred members to HB 147 which seeks to repeal 'ban on secession' in the NC constitution and to The NC Heritage PAC  which supports diverse efforts to defend and preserve the heritage, traditions, monuments, cemeteries, flags, emblems, and other legacies of North Carolina history against those efforts to remove, deface, legislate against, alter, or otherwise corrupt or pervert their meaning, history, presentation and standing in our state.