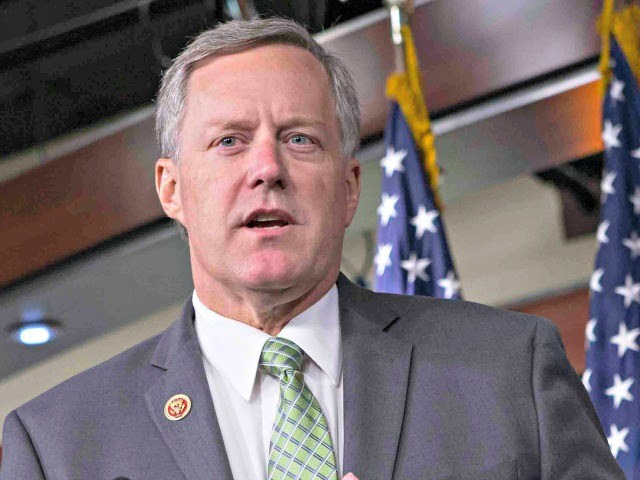 “We’re going to have to juggle [the debt ceiling, Obamacare repeal, spending bill, and tax reform] and if we don’t I can tell that really the next 12 days, and that’s all we have — 12 legislative days in September — will decide whether we’re going to remain in power as a Republican majority or not,” Meadows said in the interview with Breitbart Washington Political Editor Matthew Boyle on the program. “Are we serious about getting the president’s agenda done? The next 12 days will do that.

You mentioned a couple of those items — the debt ceiling; obviously repeal and replace Obamacare.”

Regarding Obamacare repeal and replace, Meadows said it is critical that Congress get moving on the plan as soon as possible.

“The vehicle that we have for that actually will soon expire,” Meadows said. “So if we don’t use that reconciliation instruction in the next 30 to 45 days we will have lost the opportunity to get it done with just 51 votes in the Senate. As I look at it is critical that we are ‘all hands on deck.’ But more importantly that we have a plan. I think the frustration that I have is that I see the critical deadlines that are coming up and yet I see a lot of talk but no action. I just talked to a friend. A guy by the name of Clay Tally, who really represents the typical Trump voter. He was saying, ‘You know what, I’m tired of the talk, let’s get some things done and why not support the president and make sure that we get it done.’”

Meadows said that House Speaker Paul Ryan’s efforts to stick with the bill that passed the House dealing with healthcare is dead and that Congress needs to rally around a new plan. He spoke highly of efforts by former Sen. Rick Santorum—who is working with Sen. Lindsey Grahan (R-SC) and the nation’s GOP governors on a new plan—to do just that.