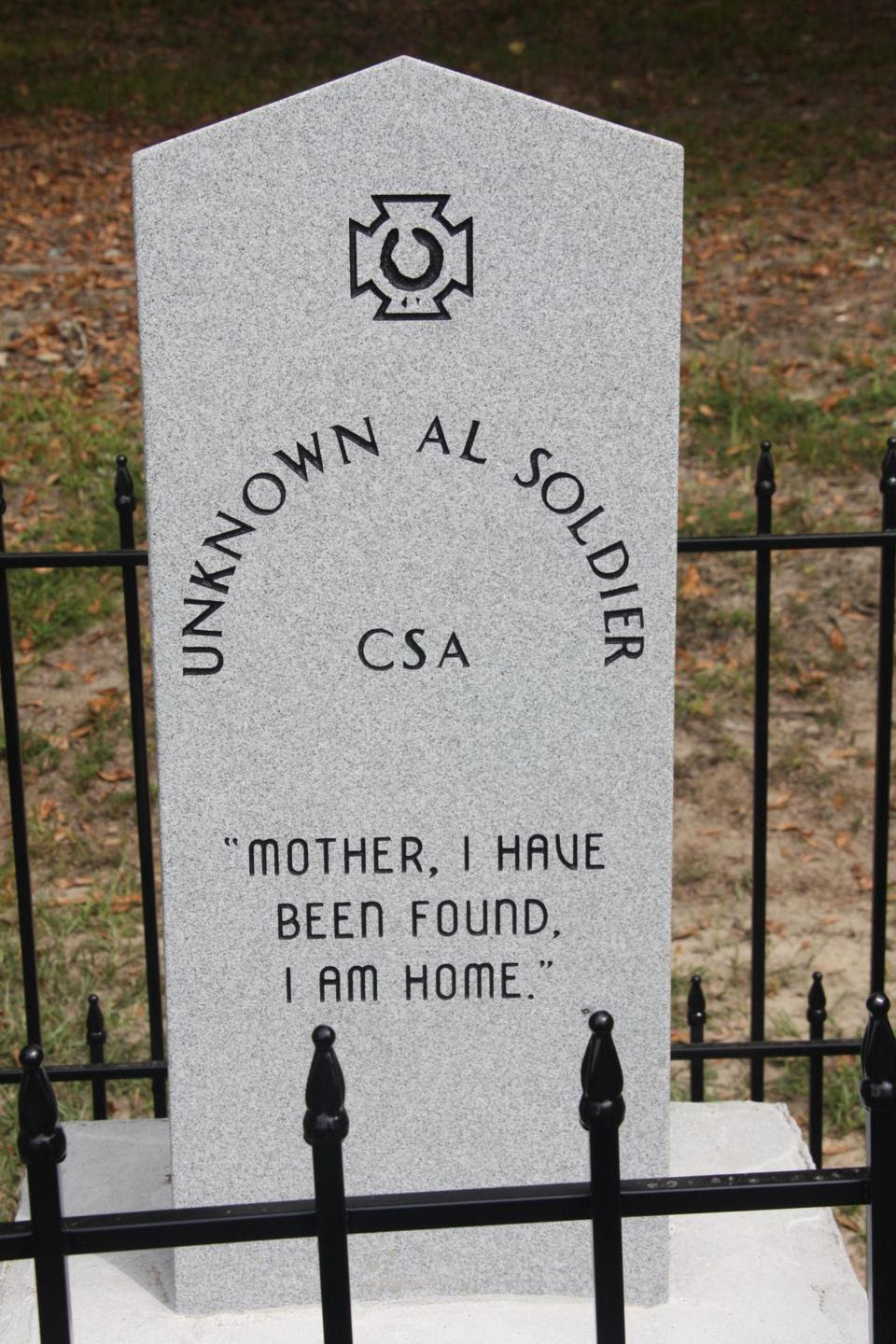 The modest stone marker commemorates the "unknown Confederate soldiers" who died in the Civil War but have been forgotten by history, particularly those from Crenshaw County and the surrounding area.

The memorial now stands in a confederate memorial park first opened in May 2015 on private land in an unincorporated area next to Dry Creek RV Park about three miles north of Brantley. It sits among existing monuments, replica cannons and tall flagpoles flying Confederate and other flags.