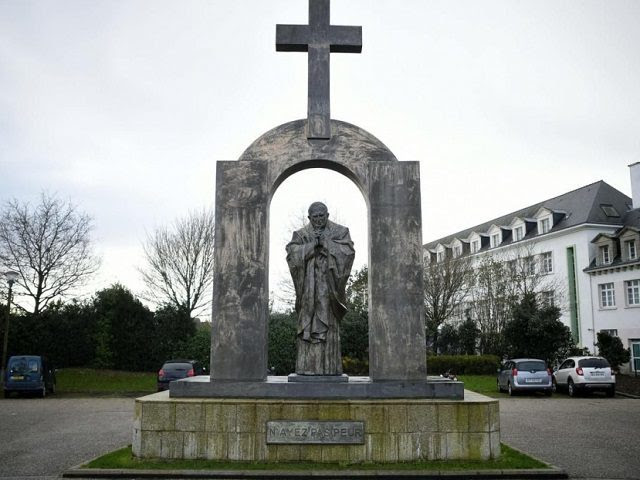 The French administrative court has ordered the removal of a cross from a monument to Saint John Paul II in a public square in the northwest of France, saying it violates the secular nature of the state.

Italian media noted the irony of the ruling, remarking that the cross-removal is not taking place “in Raqqa, the capital of the Islamic State in Syria, but in Brittany, in the heart of Western Europe.”

The Conseil d’Etat, France’s highest administrative court, ruled last week that the statue of the Polish Pope in Ploërmel, Brittany, could remain but the large cross above the monument must be eliminated.

“Since the cross is a religious sign or emblem within the meaning of Article 28 of the Law of 9 December 1905 and its installation by the municipality does not fall into any of the exceptions provided by this article, its presence in a public location is contrary to this law,” argued the French court.