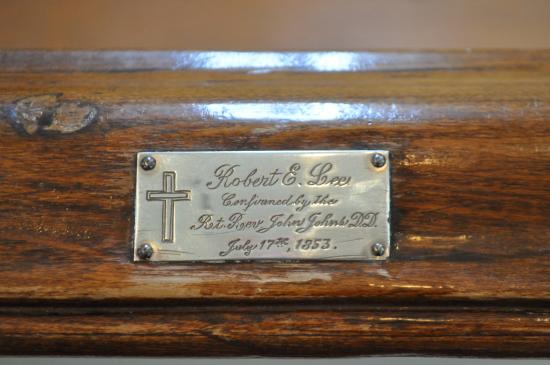 As though some would even notice. At any rate, it ain't the Episcopal Church of Washington and Lee's time, so I imagine they would be happy not to be associated with it.


A church attended by George Washington will take down a memorial to the nation's first president, a move church leaders say is intended to make the place of worship more welcoming.

The Washington Times reported Friday that Christ Church in Alexandria, Va., will remove memorials of Washington and former Confederate Gen. Robert E. Lee, which stand on either side of the church's altar.

“The plaques in our sanctuary make some in our presence feel unsafe or unwelcome," church leaders said. "Some visitors and guests who worship with us choose not to return because they receive an unintended message from the prominent presence of the plaques.”

Washington began attending the church soon after it opened in 1773, and bought a pew there. He attended for more than 20 years, though he appeared more regularly at Pohick Church, southwest of his estate at Mount Vernon.

Christ Church's decision to remove the statues comes amid a national debate over whether Confederate statues and monuments should be taken down. That debate resurfaced in August after a white nationalist rally in Charlottesville, Va., turned violent.

While that debate has focused primarily on Confederate memorials, President Trump suggested shortly after the Charlottesville protests that taking down some memorials would eventually lead to statues of Washington or Thomas Jefferson being removed as well.
Posted by Brock Townsend at Friday, October 27, 2017