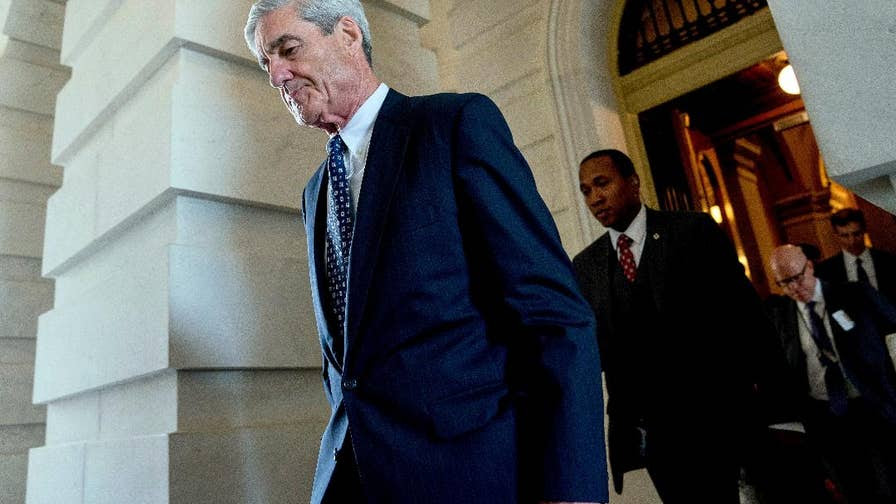 Special Counsel Robert Mueller is facing a fresh round of calls from conservative critics for his resignation from the Russia collusion probe, amid revelations that have called into question the FBI’s own actions and potentially Mueller’s independence.

This week’s bombshell that a controversial anti-Trump dossier was funded by the Democratic National Committee and Clinton campaign has Republicans asking to what extent the FBI – which received some of the findings and briefly agreed to pay the same researcher to gather intelligence on Trump and Russia – used the politically connected material.

Hill investigators also are looking into a Russian firm’s uranium deal that was approved by the Obama administration in 2010 despite reports that the FBI – then led by Mueller – had evidence of bribery involving a subsidiary of that firm.

Thanks to the Clinton/DNC revelation about the 'Trump dossier,' Robert Mueller can stop investigating Trump
Posted by Brock Townsend at Friday, October 27, 2017