Is There a Right to Own a Gun? 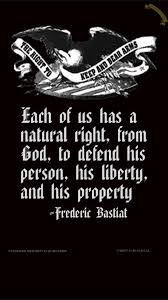 ABSTRACT: Individuals have a prima facie right to own firearms. This right is significant in view both of the role that such ownership plays in the lives of firearms enthusiasts and of the self-defense value of firearms. Nor is this right overridden by the social harms of private gun ownership. These harms have been greatly exaggerated and are probably considerably smaller than the benefits of private gun ownership. And I argue that the harms would have to be at least several times greater than the benefits in order to render gun prohibition permissible.