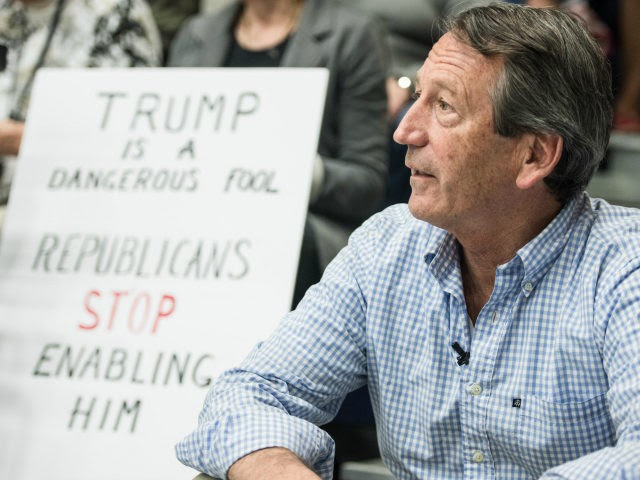 Sanford is paying the price for his intransigence against the Republican Party and against the president, as Arrington surges ahead in his June 12 primary. Another Republican House member not sufficiently in line with the president’s agenda, Rep. Robert Pittenger (R-NC), has already lost a primary to pro-Trump challenger Dr. Mark Harris, and Sanford is feeling the same heat Pittenger did in his race ahead of June 12.

Rep. Mark Sanford (R-SC) is limping into his primary on June 12 against State Rep. Katie Arrington, as Sanford’s repeated public rebukes of President Donald Trump on behalf of the Never Trump movement take center stage in this battle for the ages on the campaign trail in the first in the South presidential primary state.

Sanford, who ran to CNN to refuse to endorse President Trump’s re-election in April alongside the staunch Never Trumper, retiring Sen. Jeff Flake (R-AZ), and others, is by all accounts struggling heading into the primary just over a couple weeks from now.