Trump to ‘Extremist’ Democrats: ‘We Will Not Tolerate Attacks’ on ‘Courageous’ ICE Agents, Border Patrol 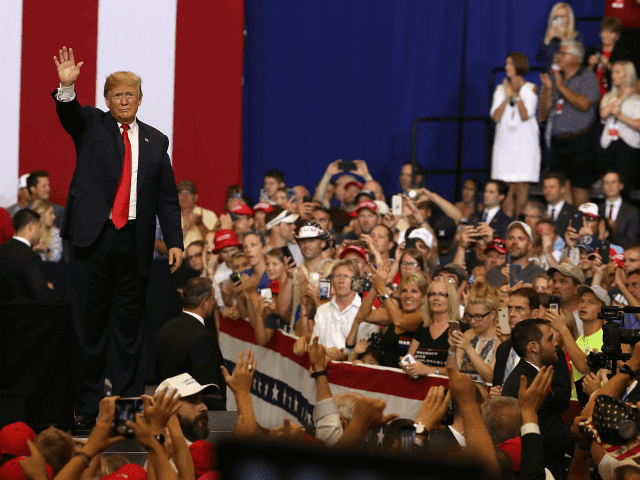 In his speech to supporters, Trump called the recent doxing of ICE agents — where a database has been created to attack ICE agents at their home addresses — a “shameless attack” that has been perpetuated by Democrats’ recent call for ICE to be abolished.'