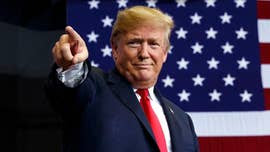 The rapidly growing economy is proof that we need welfare reform.

Having more job openings than people looking for work is a good problem to have – but it is still a problem.

Earlier this month, the Bureau of Labor Statistics reported that at the end of April there were 6.7 million job openings in the United States and only 6.3 million people who were unemployed. The reason for this disparity is due to accelerating job creation since President Trump was elected.

Despite the growing economy, workforce participation has remained mostly unchanged (at around 62.7 percent). This is down from as high as 67.3 percent in the late 1990s and early 2000s.

There’s only one right way to close this gap.