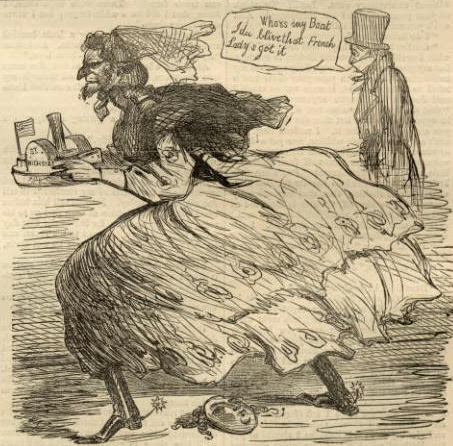 One of the most famous cross-dressing episodes of the war involved the Confederate officer known as Richard Thomas Zarvona.

Richard Thomas Jr. (his birth name) came from a notable Southern Maryland family. His father had been speaker of the Maryland House of Delegates and president of the Senate. An uncle had been governor. The Thomas estate, Mattapany, had once been the residence of Charles Calvert, the third Lord Baltimore and Lord Proprietor of Maryland. (Mattapany is now the official residence of the commander at Patuxent Naval Air Station.)

Thomas seems to have been born for adventure. He entered West Point at age 16, but his preference for the “martial arts” instead of the civil engineering courses that dominated the curriculum led to his standing near the bottom of the first-year class. He resigned early in his second year.