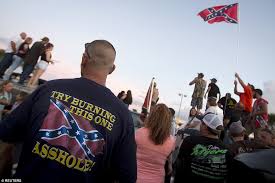 Florida Attorney General Pam Bondi: "When you’re violent and cursing and screaming and blocking me from walking into a movie, there’s something wrong," she said. "The next people are going to come with guns. That’s what’s going to happen."


A famous presidential historian warns that the aggressive confrontations against Trump officials and Republican politicians by far-left protestors are reminiscent of "some of the things that happened before the Civil War."

The White House Press Secretary being kicked out of a restaurant in Virginia is "a new disheartening sign of a country that is becoming more divided by the hour," said historian Michael Beschloss.
"It is almost beginning to sound like some of the things that happened before the Civil War. It’s a polarized country."