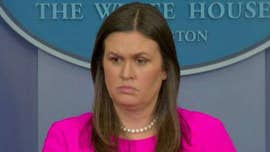 After White House press secretary Sarah Sanders and her family were kicked out of a Virginia restaurant on Friday evening, the owner of the establishment followed the group and kept berating them, Mike Huckabee, Sanders’ father and the former Arkansas governor, told Fox Business on Monday.

“In fact, a little known part of this story, is that after Sarah and her husband left and the family relocated to a restaurant across the street, the owner of the Red Hen then organized an effort to go and scream at them from the sidewalk at the other restaurant,” Huckabee claimed in an interview on “The Intelligence Report with Trish Regan.”